WASHINGTON — Subcommittee on National Security Ranking Member Glenn Grothman (R-Wis.) opened today’s hearing on “Putin’s Proxies: Examining Russia’s Use of Private Military Companies” by highlighting the deplorable use of unaccountable private military companies (PMCs) by Russia and President Putin. He noted that there have been multiple instances of Russia using PMCs as far back as 2014 in Syria and Africa, continuing to 2022 with the war in Ukraine. Grothman finished his remarks by underscoring how vital it is for the U.S. to use its’ significant global power to highlight Russia’s use of PMCs and to implement a global sanction regime. 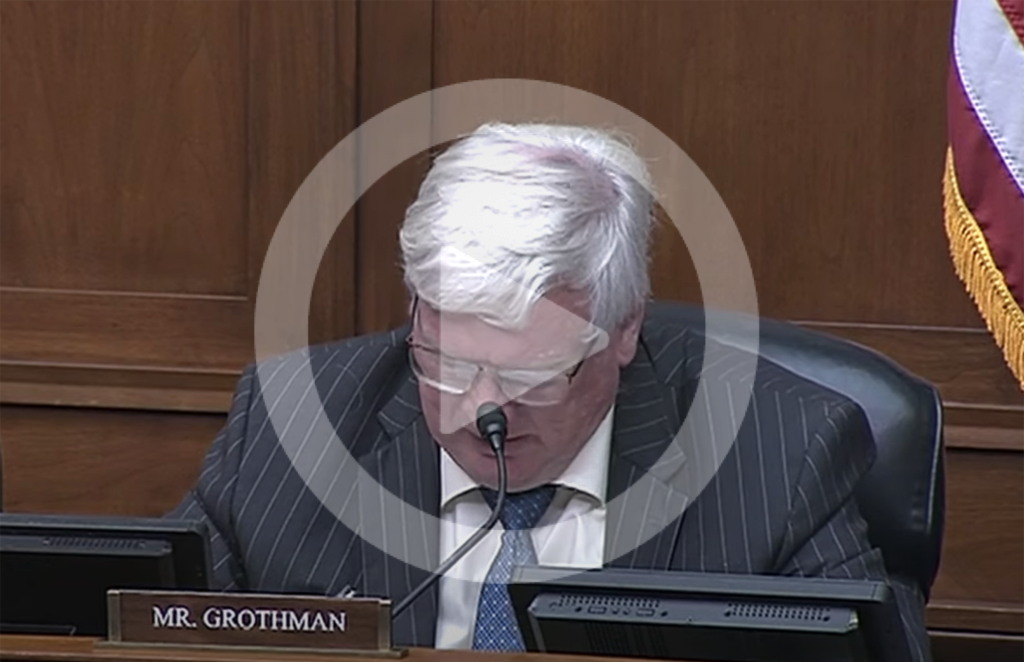 Below are Subcommittee Ranking Member Grothman’s remarks as prepared:

Thank you, Chairman Lynch for holding this hearing.

And thank you to our witnesses for being here.

I want to start by urging the Chairman to ensure the Administration witnesses originally scheduled to appear today come before this Subcommittee in the future.

Their perspective is vital to both understanding the role of private military companies, or PMCs, and how the U.S. is combating them around the globe.

The topic in front of us today is very important.

Russia and President Putin’s use of unaccountable mercenaries to avoid accountability both at home and abroad is deplorable.

We know these groups have been deployed in the 2014 invasion of Ukraine, in Syria, and across Africa.

There have also been numerous reports that Russia has deployed PMCs during the most recent War in Ukraine.

PMCs have a long running history of violating international norms and rules of engagement and committing human rights abuses.

Although Russia denies being officially linked to PMCs, particularly the Wagner Group, the connection is clear.

It would be illogical to believe that these private companies just happen to be deployed in areas around the world where Russia is attempting to achieve geopolitical superiority.

The U.S. response to these groups has been largely ad hoc and haphazard.

It is vital that the U.S. use its significant global power and influence to shine light on Russia’s use of PMCs, highlight their flaws and failures, and implement a global sanction regime.

Finally, I would like to discuss the status of the War in Ukraine.

While helping our allies is important, it cannot come at the cost of ignoring those at home.

Thus far, the U.S. has committed more than 40 billion dollars to Ukraine.

That is 110 million dollars per day over the past year.

All with little to no oversight.

While stopping Russian aggression is important, we cannot ignore Ukraine’s history of corruption.

We cannot simply assume our assistance is being used in the manner we intend.

This is all while Americans are facing a worsening economy at home.

Inflation is above eight percent.

The stock market fell last week more than any single day since the start of the COVID pandemic.

And the Federal Reserve is poised to increase interest rates once again.

Americans need help too and it doesn’t come in the form of the liberal pet project bill passed a few weeks ago.

I hope while we continue to debate and discuss aid to Ukraine, we will keep in mind the needs of those here at home.

With that, I look forward to hearing from our witnesses today and yield back.